The highlight of Sol’s Cliff House is the expansive view of Frenchman Bay. Named for the French explorer Samuel de Champlain who passed through in 1604, the bay is 15 miles long and seven miles wide at its widest point and bustling with activity as lobstermen check their pots and the cruise ships drift across the horizon. Though Bar Harbor’s shops and Acadia National Park trails offer their own allure, you might just find yourself so transfixed by life along the cliff that you opt to stick around the house during your stay.

The bay features several islands, including a series of five islands called the Porcupines, all of which are part of Acadia National Park. Like much of the hard edges of coastal Maine, the islands have jagged perimeters as a result of glaciers that reached south even beyond Maine as recently as 15,000 years ago.

The island closest to Sol’s Cliff and arguably most vital to Bar Harbor itself is called Bald Porcupine. Its undeveloped 32 acres of pine and fir trees serve as a home to nesting birds including bald eagles, which occasionally make their way to the trees around the house. The breakwater that extends off Bald Porcupine is a critical ingredient protecting the coastline from weather and longshore drift and ensuring the safety of the harbor.

Also visible from the house is the historic Egg Rock Lighthouse to the south. Built in 1876, the light is managed by the Coast Guard and flashes every 40 seconds. Its square tower and red roof make it one of Maine’s most architecturally unique light houses. It has served as a welcome beacon for many a traveler looking to leave the endless Atlantic behind.

The Sol’s Cliff House view is unmatched. The sun rising over Frenchman Bay as the fog lifts from Bald Porcupine is an experience you will remember. Just as the moon rising over Egg Rock Lighthouse will leave you awestruck. The setting is ideal for family reunions, yoga and corporate retreats, a destination for team and relationship building, weddings and rehearsal dinners, artists groups, avid hikers, getaway for friends and boot camp aficionados. 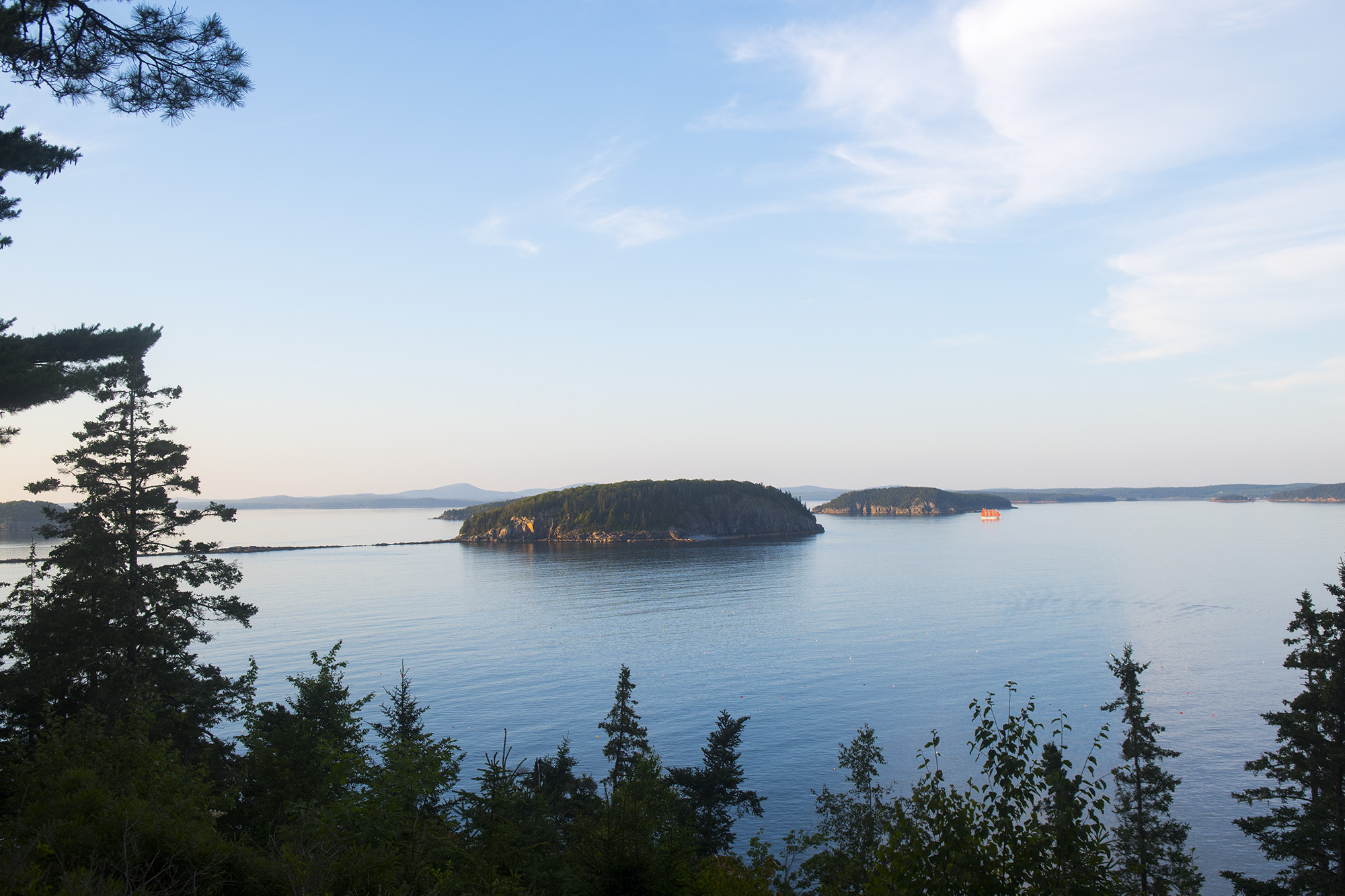